I regularly team up with fellow blogger and all round bibliophilic good egg Norfolk Bookworm to host a book quiz at the Norfolk and Norwich Millennium Library.
For those who can't be there, those who just like testing their quizzing acumen, and those wanting to test the water before booking, here are the questions. (Answers are in white below the question: highlight the - apparently - blank space to see them)
Enjoy! And good luck.
Round 1: Over the Rainbow
1)      Which author, best known for creating the character Jack Ryan, wrote Rainbow Six?
A: Tom Clancy
2)      Armistead Maupin’s Tales of the City are set in which city?
A: San Fransisco
3)      Which doubting scientist wrote “Unweaving the Rainbow”?
A: Richard Dawkins
4)      Christopher Isherwood’s Berlin Stories form the basis of which famous musical?
A: Caberet
5)      D H Lawrence wrote the novel The Rainbow in 1915, but what do the initials D H stand for?
A: David Herbert
6)      What is not the only fruit?
A: Oranges
7)      The daughter of which Irish Prime Minsiter wrote Where Rainbows End and PS I Love You?
A: Bertie Ahern
8)      The Oscar winning film Brokeback Mountain was originally short story by which author?
A: Annie Proulx
9)      Gravity’s Rainbow has been summarised as a “a blizzard of references to science, history, high culture and the lowest of jokes” Who wrote it?
A: Thomas Pynchon
10)  Who wrote the poem that starts “My Heart leaps up when I behold a rainbow in the sky”
A: Wordsworth
a 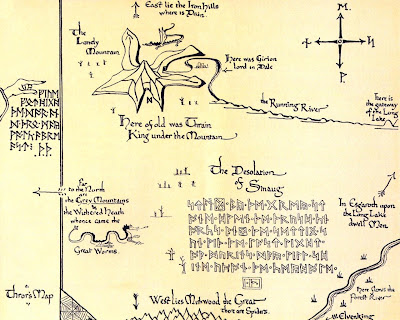 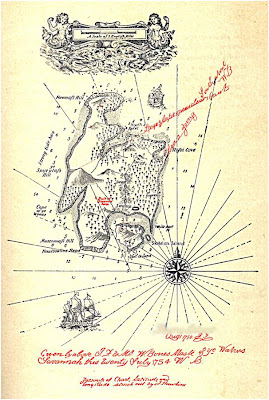 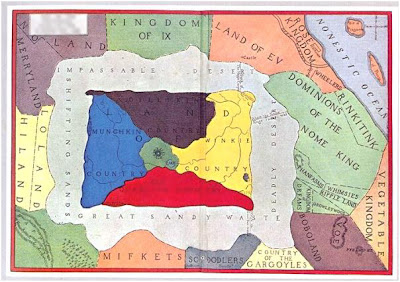 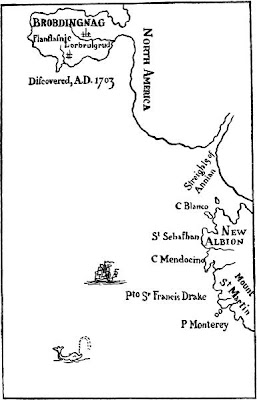 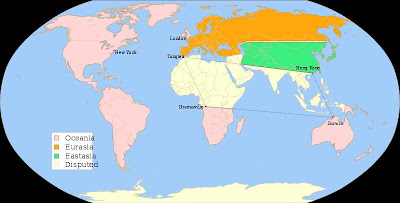 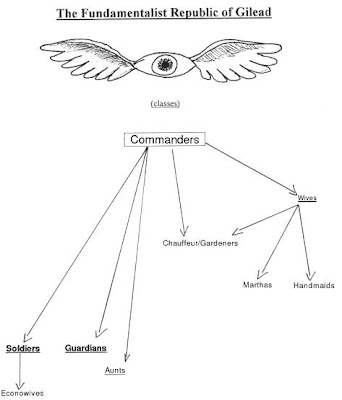 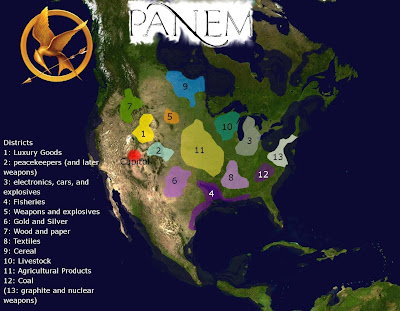 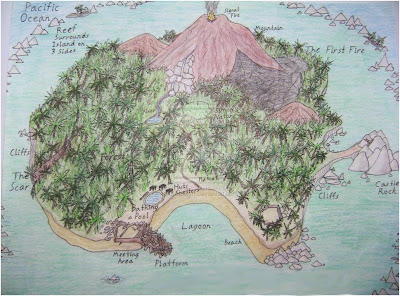 9)
A:
Book Title: The Lord of the Flies
Author: William Golding 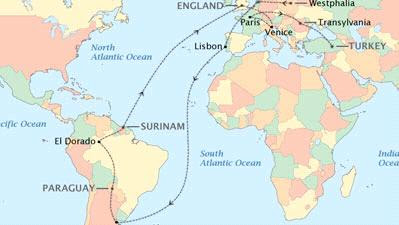 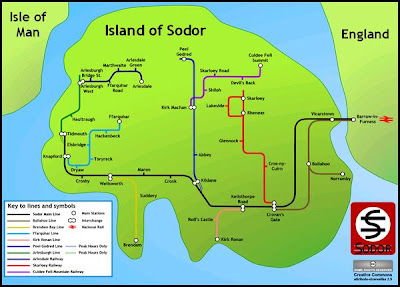 11)
A:
Series Title: Thomas the Tank Engine
Author(s): Rev W Awdry and his son, Christopher (either scores the point) 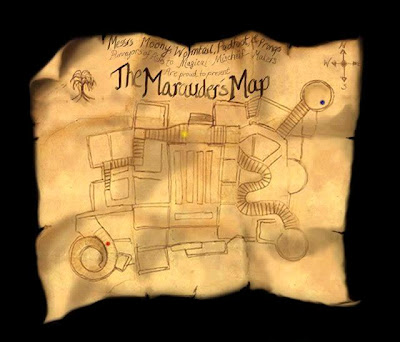 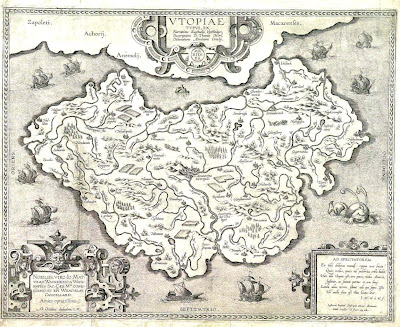 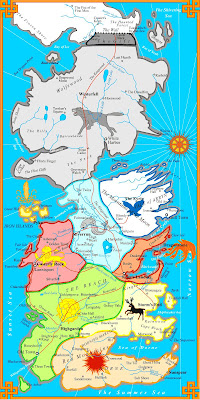 15)
A:
Book Title: Around the World in Eighty Days
Author: Jules Verne 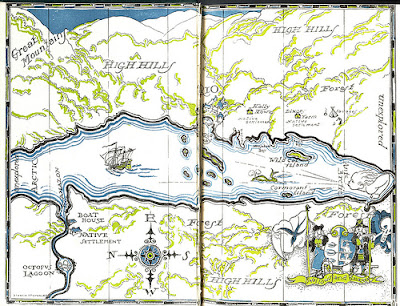 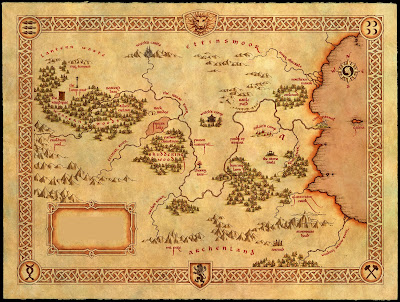 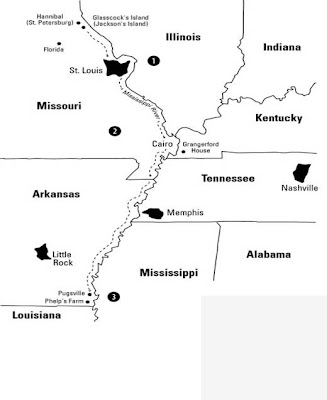 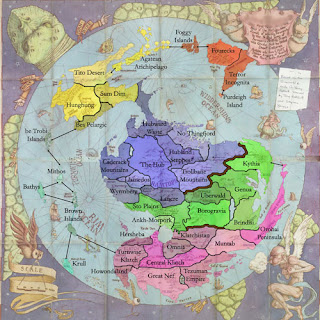 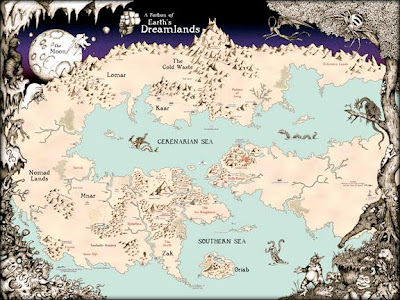 20)
A:
The Dreamlands feature in a number of books by this author, but there is no single series title. So for this final question you need name only the author:
HP Lovecraft

If this is all your work, it must have been tremendously hard to put it together, you have my respect.

Great quiz - did very badly in the maps round then kicked myself at not getting some of them. Thankfully I did get the Marauder's Map right.

Huge fun to do - must have been fun to compile (as well as taxing)!
Now off to brush up on woeful ignorance in the matter of trees ...