Last week I teamed up with fellow blogger and all round bibliophilic good egg Norfolk Bookworm to host the first of what we hope will be a long running series of successful book quizzes at the Norfolk and Norwich Millennium Library.
The event sold out well in advance, and the twelve teams we could cram in seemed to enjoy themselves. We certainly enjoyed hosting it. So much so that we've already set a date for the next one (Thursday 5th May) and sold more than half the tables! If you'd like to book a table (£5 per team, maximum of 5 per team), you can do so by visiting the Millennium library, or calling 01603 774707.
So for those who couldn't be there on Thursday, those who just like testing their quizzing acumen, and those wanting to test the water before booking, here are the questions. (Answers are in white below the question: highlight the - apparently - blank space to see them)
Enjoy! And Good Luck!

Round 1: Dragons
1) Which Scandinavian born author wrote the Girl with the Dragon Tattoo?
A: Stieg Larsson
2) Which best selling science fiction author went komodo dragon hunting with naturalist Mark Carwardine for the 1989 BBC documentary series Last Chance to See?
A: Douglas Adams
3) In Greek mythology what is the name of the multiple headed dragon that grew two heads to replace each one it lost?
A: Hydra
4) Which character in C S Lewis’ Voyage of the Dawn Treader is turned into a dragon?
A: Eustace Scrubbs
5) Which celebrated nonsense poem, from Lewis Carroll’s Alice Through the Looking Glass tells of a fearsome dragonliike beast with “jaws that bite,” “claws that catch,” and “eyes of flame”?
A: Jabberwocky
6) What breed of dragon was Norbert in Harry Potter and the Philosopher’s Stone?
A: Norwegian Ridgeback
7) Which character, created by Christopher Marlowe, summons a dragon to prove his strength?
A: Dr Faustus
8) If Glaurung was the first, what name did Tolkein give to the last dragon?
A: Smaug
9) In which Discworld novel does a marauding dragon appear to attacking Ankh-Morpork?
A: Guards! Guards!
10) Where does Puff the Magic Dragon live?
Puff the Magic Dragon by Peter Yarrow and Jenny Lipton
A: Honalee


Round 2: Weather
1) Which author wrote the Richard and Judy Book Club favourite Notes From an Exhibition?
A: Patrick Gale
2) What is the fourth book in Charlie Higson’s Young Bond series?
A: Hurricane Gold
3) Which American poet wrote ‘Stopping by Woods on a Snowy Evening’ and ‘Fire and Ice’?
A: Robert Frost
4) David Mitchell was shortlisted for the Booker Prize in 2004 for which novel?
A: Cloud Atlas
5) The Gathering Storm, completed posthumously by Brian Sanderson following Robert Jordan’s death, is the 12th book in which fantasy series?
A: The Wheel of Time
6) Which Haruki Murakami novel, often considered his best, opens with the disappearance of Toru Okada’s wife and cat?
A: Wind-up Bird Chronicle
7) What did Miss Smilla have a feeling for in the novel by Peter Hoeg?
A: Snow
8) Which Shakespeare play, written in 1610-11, is thought to be the last one he wrote alone?
A: The Tempest
9) What are there a thousand of in the title of Khaled Hosseini’s second novel?
A: Splendid Suns
10) What is the title of Don Paterson’s 2009 Forward Poetry Prize winning collection?
A: Rain
Round 3: Norfolk, A Literary County
1 - Charles Dickens used Great Yarmouth as a key location for which of his novels?
A: David Copperfield
2 – Which 17th century polymath is celebrated with a statue and piece of contemporary art on Hay Hill in Norwich?
A: Sir Thomas Browne
3 - In 1395 who wrote Revelations of Divine Love, the first book published in English by a woman?
A: Julian of Norwich
4 - Which three UEA Creative Writing MA graduates have won the Booker Prize?
A: Kazuo Ishiguro: The Remains of the Day, Ian McEwan: Amsterdam and Anne Enright: The Gathering.
5 – Norwich was the first municipality to adopt the Library Act. In which decade did this happen?
A: 1850s
6 - Thomas Erpingham, whose name adorns a set of Gates to the Norwich Cathedral, features in which Shakespeare play?
A: Henry V
7 - Thomas Paine, author of the enlightenment treatise The Rights of Man,  was born in which Norfolk town?
A: Thetford
8 – "There is no religion without love, and people may talk as much as they like about their religion, but if it does not teach them to be good and kind to other animals as well as humans, it is all a shame."
This is from the last paragraph of which seminal 19th century children’s novel?
A: Black Beauty
9 – Stephen Fry attended which Norwich College?
A: City College Norwich (also Norfolk College of Arts and Technology)
10 – WG Sebald, who founded the British Centre for Literary Translation in 1989, recounted his journeys around East Anglia in which of his critically acclaimed works?
A: The Rings of Saturn
Round 4: Numbers
1)      Which author published an amazing 37 books in 1955?
A: Enid Blyton
2) In the 1819 short story by Washington Irving, for how long does Rip van Winkle sleep?
A: 20 years
3) Captain John Joseph Yossarian is the central figure of which 1961 novel?
A: Catch 22 by Joseph Heller
4) Published in 1900 and about a cycling tour in Germany, to which celebrated book is Three Men on a Bummel the sequel?
A: Three Men in a Boat by Jerome K Jerome
5) How many sisters are there in the title of the play by Chekov?
A: Three
6) In which century was Shakespeare born?
A: 16th Century
7) Which detective features in the book The Nine Tailors?
A: Lord Peter Wimsey
8) Which British soldier and writer wrote the Seven Pillars of Wisdom?
A: T E Lawrence
9) The Starlight Barking is the sequel to which book, later made into a Disney movie?
A: 101 Dalmatians
10) How many do you get if you add together Dumas’s Musketeers, Hornby’s Songs and John Buchan’s Steps?
A: 73 (3 Musketeers, 31 Songs, 39 Steps
Table Round 1
Anagrams
The following are anagrams of famous works of literature. ½ point for each you can unscramble and ½ point for their authors.
1) ANNOY THE GRABBER
Northanger Abbey by Jane Austen
2) THELMA
Hamlet by William Shakespeare
3) FLOWN FLATTENED NILL HEALTH
The Tennant of Wildfell Hall by Anne Bronte
4) WIN THUGGISH THREE
Wuthering Heights by Emily Bronte
5) SMALL FONDLER
Moll Flanders by Daniel Defoe
6) CASTIGATE ON EXPERT
Great Expectations by Charles Dickens
7) THE TASTY BEGGAR
The Great Gatsby by F. Scott Fitzgerald
8) FILTH DESERVES TROUBLES
Tess of the D’Urbervilles by Thomas Hardy
9) NAUSEATE NOW STYLED THE SANE RUDE THUG
Twenty Thousand Leagues Under the Sea by Jules Verne
10) JEER YEAN
Jane Eyre by Charlotte Bronte
Missing Vowels
Vowels have been removed and consonants squished together. ½ point for each title you can identify and ½ point for their authors.
1) FM CND MN
Of Mice and Men by John Steinbeck
2) THDV NC CD
The Da Vinci Code by Dan Brown
3) THLN THWT CHNDTHWR DRB
The Lion, The Witch and the Wardrobe by C.S. Lewis
4) GNW THWND
Gone With the Wind by Margaret Mitchell
5) THHB BT
The Hobbit by J.R.R. Tolkien
6) THCTC HRNT HRY
The Catcher in the Rye by J.D. Salinger
7) THGR LWHKCK DTHHRN TSNST
The Girl Who Kicked The Hornets Nest by Stieg Larsson
8) WRN DPC
War and Peace by Tolstoy
9) NT SFRMSML LSLND
Notes From a Small Island by Bill Bryson
10) CP TNCRLLSM NDL N
Captain Corelli’s Mandolin by Louis de Bernieres
Table Round 2
On-Screen Romance
Name the work and author the movie was based on. (1 point for each) 1)

A: Gone with the Wind by Margaret Mitchell
2)

A: Brokeback Mountain by Annie Proulx
3)

A: Chocolat by Joanne Harris
4) 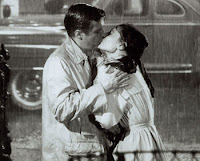 A: Breakfast at Tiffany's by Truman Capote
5)

A: Rebecca by Daphne du Maurier
6)

A: Romeo and Juliet by William Shakespeare
8) 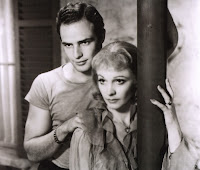 A: A Streetcar Named Desire by Tennessee Williams
9) 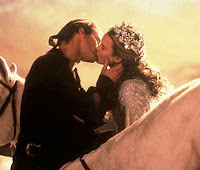 A: The Princess Bride by William Goldman
10) 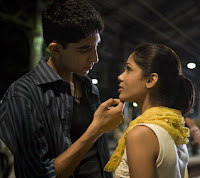 A: Q&A (also published as Slumdog Millionaire) by Vikas Swarup

Aw, I was going pretty strongly until I hit the third round...

Might think about the next one if I can wrangle a team together... =)

Good chance to swat up on your local knowledge then! To be honest, that's what the round was there for - to educated and celebrate!

Be great if you could get a team together for the next one. Castle Street had one this time, and Jarrolds plans one next time as well. Maybe we'll just do a Battle of the Bookshops special!

Oooo I like the idea of the battle of the bookworld.